Hey, Montenegro! Listen to Omar! Omar Torrez. One of the most prominent guitarists of our time.

Omar Torrez literally burst into the music scene. In the Seattle Opera Concert Hall during the Bumbershoot Festival, he stepped out with someone else’s guitar in his hands and won the Jimmy Hendrix National Guitar Competition.

After that, he formed a group that played a mixture of funk, rock, blues, as well as Afro-Cuban rhythms, which became popular on the west coast of the United States.

Then Torrez became interested in the music of Andalusian gipsies, flamenco and Cuban salsa. Flamenco taught him to play the famous guitarist Juan Serrano. As a result, Torres became a skilled classical guitarist and flamenco performer.

The talent of the musician was noticed by the cult artist — Tom Waits. He invited Omar to his band as a concert guitarist for the 2008 European and American Glitter and Doom tour.

Among the latest projects of Omar — «Cancion Maldita», a collaboration with the famous Mexican DJ Roberto Mendoza. 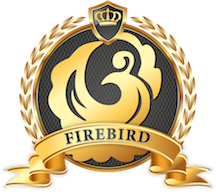